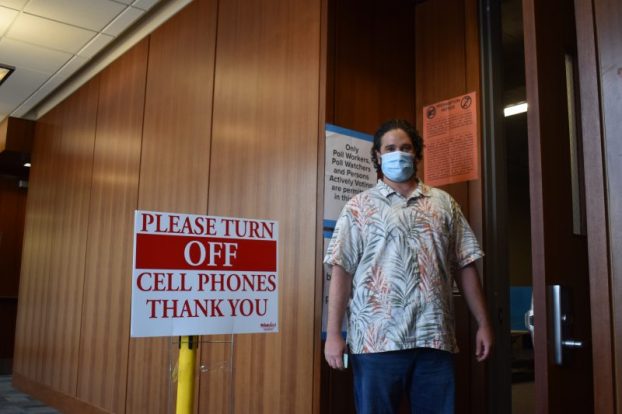 Early voting will take place from 8 a.m. to 5 p.m. Monday through Friday until June 5. There is an opportunity to vote on Saturday as well from 9 a.m. to 4 p.m. on May 30 at the government building. Election day is June 9, and the polls will be open from 7 a.m. to 7 p.m. at individual voting precincts.

When Troup County residents show up at the government center to vote, they first have their temperature checked by a member of the Troup County Sheriff’s Office. If there is a line to vote, there are individual places measured six feet apart. Once inside the voting rooms, residents will check in with a volunteer to select a Democratic or Republican ballot, and then proceed to a voting booth with a space between each one to practice social distancing.

After filling out their ballot, the voter will verify their ballot and feed it into a machine that will be counted on June 9.

Every voter will have the chance to vote in non-partisan races like the Troup County School Board, as long as they live in a district with a contested race.

On Monday, Harper said the county had received more than 3,338 absentee ballots to the office, and they have issued more than 8,500 ballots with more being requested Tuesday.