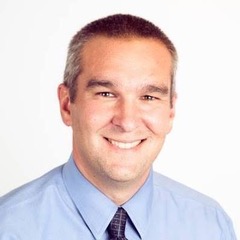 The Troup County Board of Commissioners is expected to vote on a flat budget next week during a special-called meeting.

On May 12, County Manager Eric Mosley presented a budget of a little more than $43 million, which was an increase of about $556,000 from the previous year. However, due to uncertainties with funding streams amid COVID-19, the commissioners asked Mosley to do his best to come up with a true flat budget, meaning no increase over the prior year. The operating budget from the previous year was $42,831,212.

During this past Tuesday’s commissioner’s meeting, Mosley said he and his staff were able to accomplish that task.

“Over the course of the past week, we have gone back, and we’ve taken a very, very hard look at the budget,” Mosley said.

He said his office sent out an email to all department heads asking them to propose a 1 percent reduction in their individual budgets. He said that reduction brought in about $430,000. He said he left the cuts to the department heads to make their own decisions, and for those departments who did not submit cuts, he and Sonya Conroy, the county’s chief financial officer, made the cuts for them.

Mosley said most of the cuts were department expenses, and the remainder of the cuts were through personnel. He said several vacant positions hadn’t been filled, and the county plans to use some of those positions to meet a portion of the demand by the commissioners.

Mosley said his staff was able to come up with the additional $556,000 for a flat budget.

If needed, Mosley said the county could freeze most travel by county employees, calling it mostly “non-essential.”

As for tax dollars in the community, Mosley said there’s been a lot of binge buying in the area due to stimulus checks coming out. He said SPLOST receipts will be down, and when the county gets the numbers in about 10 days or so, it should know the actual impact. Mosley said the impact would hurt the county, but he said the stimulus checks sent to each family did spur economic activity.

Additionally, Mosley said since Troup County relies heavily on commercial industrial companies instead of retail companies, it helped to flatten the impact more than some communities.

“It’s sort of a blessing of not having a tremendous amount of retail because when things like this happen, you don’t have that huge of a dip,” he said.

Mosley said the commissioners would have a special-called meeting on Tuesday, May 26. That meeting has not been announced as of Wednesday.