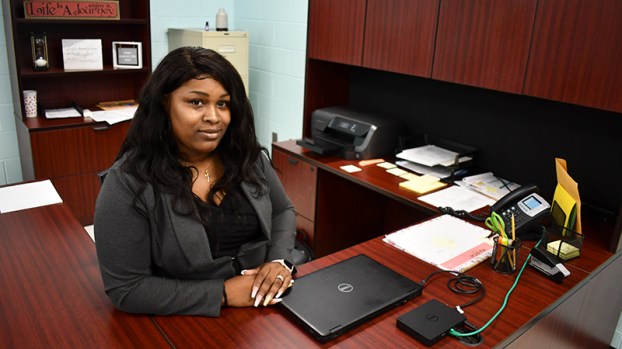 Nicole Joseph wanted more. In the summer of 2011, Joseph started working for Sewon America, an auto-parts supplier, and she eventually moved into a management position.

While she was thriving from a professional standpoint, Joseph felt a calling to take her life in a different direction.

“I had worked my way up (at Sewon),” Joseph said. “I started out in quality, I went to shipping, and then I was a clerk, I was a team leader, and then I went to management, but I knew that’s not what I wanted to do.”

Joseph, a mother of five who had her first child when she was 16-years-old, wanted to help people, to guide and mentor those who are struggling and are facing the same challenges she confronted when she was younger.

Joseph began putting her education to work as a therapist for Grace Harbour Inc.

Joseph also offers a mentoring program called Girls in P.E.A.R.L.S, which is designed to offer guidance to pre-teen girls and can be found in a number of Troup County schools, and two years ago, she opened the Fresh Start Driving School in LaGrange.

Through it all, her driving school, the mentoring program, her career as a therapist — it’s all about being there for those in need.

“I said, what is it that I can do to help other people,? Joseph said. “I knew I wanted to be a counselor, I wanted to help people.”

Joseph also wants to let her five children know, that it is possible for them to achieve their goals, despite the hurdles that may be placed in their way.

Joseph was attending LaGrange College and looking for another way to help support her family financially when she decided to open a driving school, and she made history at the same time.

“I realized I was the only female African American to run a DUI school in Troup County,” Joseph said.

In 2019, after receiving her master’s degree, Joseph began her professional journey as a counselor, and it is a challenge working with teenagers who are struggling with a myriad of issues.

Joseph said her goal in life is to “make sure that they know this is not the end of the world. Things happen, and you have to be able to move on.”

Police search for man accused of threatening friend with knife

Passing the baton: Synovus market exec retires after more than 40 years of service to bank