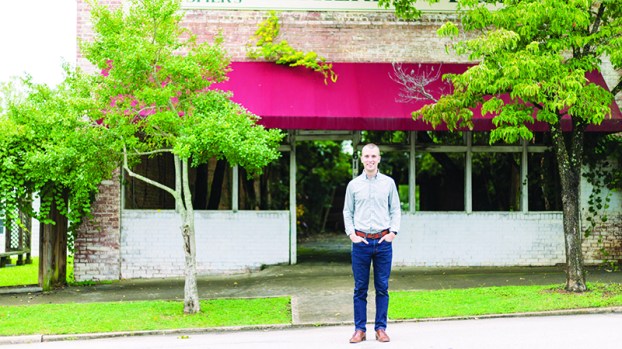 A new interim executive director has taken the helm of DASH (Dependable Affordable Sustainable Housing) and has kept the non-profit moving forward despite the pandemic.

After previous DASH Exec Marie McNally retired in at the end of June, Nate Crawford moved into the role as interim following her retirement but said that he hopes to fill the director position permanently.

Crawford was previously serving in the project manager position for DASH before becoming interim director.

“Despite changes in roles, things have been pretty normal since COVID-19 and the pandemic,” Crawford said. “Events have been down and board meetings have all been virtual, which is a little bit of a bummer. We are doing construction on three different houses right now in Hillside as well.”

“We didn’t know what to expect when the pandemic hit,” Crawford said. “We ended up getting a PPP (Paycheck Protection Program) loan, and we didn’t know if our tenants would be able to pay rent or have jobs to pay rent. But we have been at 100 percent rent. That’s really cool for us, especially given the population that we serve.”

DASH was formed in 2002 to address growing concerns of inadequate, unsafe housing in LaGrange and the decline of its once thriving mill villages.

“Our main goal is neighborhood revitalization and then under that would fall tax credit development, affordable housing development and property management,” Crawford said. “There have been multiple iterations of DASH since it was founded in 2002 with the purpose of like workforce housing and neighborhood revitalization. Then, post 2007, when the market crashed, we went from being a home builder to more of a rental based management style. And right now, that’s our bread and butter with our other financial support and then with the rentals we’re able to sustain ourselves.”

Crawford said that going forward in 2020 DASH is going to focus its efforts toward neighborhood revitalization in the Hillside Historic District.

“I think that will always be our goal,” Crawford said. “Underneath that, there’s a lot of different things that can fall underneath revitalization. In terms of neighborhood revitalization, that can look like single family housing, which we’re building. It could also look like commercial development, which we have done and are still kind of monitoring.”

Before Beacon Brewery bought its property, DASH managed it and also still owns and leases the Cart Barn property as well.

“I think for us a big focus over the next probably a year or so, is really instilling pride in neighborhoods in the area,” Crawford said. “At Calumet Park, I think Dr. Tucker does a great job over there instilling pride. We have some Hillside flags that we put up. We really want people to be proud of living in Hillside.”

Crawford said until just recently, his wife and him were residing in Hillside.

“I think that if we can create neighborhoods that have good anchors that people want to be in, it’ll be really great for us,” Crawford said.

According to Crawford, DASH has attracted and invested $51.31 million within the city of LaGrange since 2002.

“Total city investment has been $3,374,555 with $51.31 million produced and expended in LaGrange only,” Crawford said. “We have created 406 units of affordable house in LaGrange. This does not factor in Low Income Housing Tax Credit (LIHTC) developments outside of LaGrange.”

DASH has also eliminated 201 substandard houses through demolition or rehab, contributed approximately $12.05 M to the local economy through long-term job creation and retention and has increased the local tax base by approximately $63.9 million.

DASH also recently moved its location into a renovated space at 1302 Brownwood Ave.

Nearly one-third of all energy usage will be provided by solar panels, the landscaping will require no irrigation, and the building itself used an existing blighted home to create the new office space.