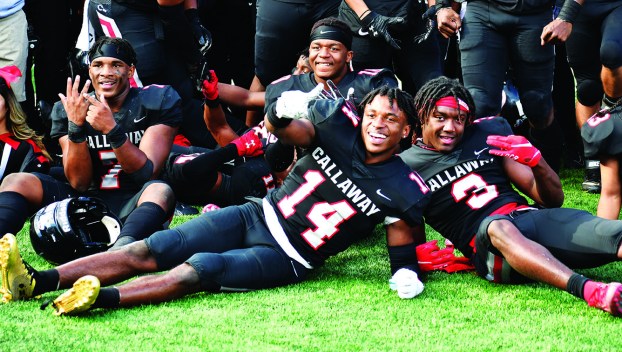 After so many close calls, the Callaway Cavaliers broke through and won their first state championship last year.

After beating Lovett, Thomasville and Rabun County to make it to Atlanta for the title game, Callaway outlasted Fitzgerald 22-17 to secure the Class AA state championship.

In recognition of the blood, sweat and tears that went into making that state title a reality, a fund-raising effort is underway to provide championship rings for all the coaches and players on the team.

Before 2020, Callaway had reached the state semifinals four times since 2013, only to be denied each time.

Following each playoff loss, including back-to-back semifinal setbacks in 2018 and 2019, the Cavaliers got back to work and prepared for a new season.

In 2020, everything finally came together for Callaway, which beat the four highest-ranked teams in Class AA to win the elusive state title.

In the championship game, Jalin Shephard’s interception as time expired sealed the victory, and the celebration was on.

“It feels great,” Wiggins said. “So much work went into getting to this point. I’m really proud of our players. Day in and day out, the ups and downs of the season, and just to keep believing in what we do, believing in one another, it’s such a special group, and it’s such a tribute to the character of our football team.”

FUNDRAISING INFO: Checks should be made payable to Callaway High School, and write athletics in the memo.

Anyone wishing to donate online can do so through the Venmo account, @CHSCavaliers-Championship.

For more information, call Sheila Allen of the Callaway athletic department at (706) 845-2074, or email her at allensm@troup.org.