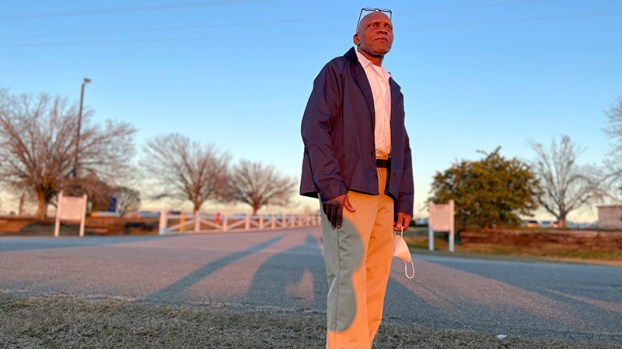 A LaGrange man has been released from prison after 40 years of imprisonment after new DNA evidence has come to light in several sexual assault cases.

On Feb. 23, 2021, 63-year-old Terry Talley was freed from Dooly State Prison after being exonerated in four sexual assault cases that occurred in LaGrange in 1981. Two other convictions have been reviewed and upheld by the district attorney’s office.

Marissa Lea Gaston, communications manager with the Georgia Innocence Project, said Talley is still trying to process everything and is not ready to do interviews at this time.

GIP, who took Talley’s case in 2008, said Talley had been working on reclaiming his freedom and proving his innocence since the day he was convicted. In a press release, the organization said he wrote GIP in 2004 in hopes they would take on his case.

GIP said the lag in the case and Talley’s exoneration is because technology and DNA information used in 1981 was not available.

1981 and within the vicinity of the LaGrange College campus.

Similarities across the attacks led investigators to believe the assaults were committed by a sole black male perpetrator.

Following the involvement of GIP, a search was conducted to locate any existing DNA evidence that may have been collected as a part of the original investigation in 1981.

The sexual assault kit from the case was also located.

LaGrange Police Department detectives obtained known DNA samples from Talley, and his DNA sample and the sexual assault kit were submitted to the laboratory for DNA testing.

According to the LPD, in 2009, it was determined that Talley was not the donor of the male DNA located in the sexual assault kit performed in 1981.

In 2013, the district attorney’s office agreed to vacate Talley’s rape conviction and life imprisonment sentence in one of the cases after a rape kit proved he did not commit the crime.

The LPD and GIP then reviewed and reinvestigated the other five sexual assaults, and in recent weeks, the LPD presented its case to the DA’s office. According to Cranford, both agreed that Talley’s convictions in three other cases — including two where he was sentenced for life imprisonment, were insufficiently reliable under present scrutiny.

Cranford and the Georgia Innocence Project presented an order to Coweta Judicial Circuit Superior Court Judge Hightower on Feb. 23, which he signed and which vacated Talley’s convictions in three of the cases.

“The decision by the district attorney to agree to vacate these convictions should not be understood as a repudiation of the victims of these heinous crimes and should not be understood as a declaration of certainty that Talley did not commit these crimes,” a press release from District Attorney Herb Cranford said. “To the contrary, the district attorney believes there is evidence suggesting Talley’s guilt to varying degrees for case numbers 970, 971, 972, 973 and 974. Given that each rape kit presumably contained the DNA of each victim’s rapist, all parties are unable to compare Talley’s DNA to confirm his guilt or innocence in those cases. Therefore, despite some evidence that Talley did commit the rapes in Case Numbers 973 and 974, the DA has concluded that there is not enough evidence to be confident in those convictions beyond a reasonable doubt.”

According to the press release, Cranford’s office has reviewed two other convictions of aggravated assault with intent to rape and regards the evidence of “sufficiently reliable,” so those convictions remain in place.

After years of research and more tests, the LPD reopened the entire investigation in 2017.

LPD said when the subject was contacted by a detective, he refused to provide a known DNA sample or cooperate with the investigation.

According to the LPD, the investigation continued into the person of interest and that person’s possible involvement in the sexual assault. Consequently, a search warrant was obtained for this individual’s DNA and fingerprints.

On Feb. 24, just one day after Talley’s freedom, LPD detectives executed a search warrant for fingerprints and DNA samples from the person of interest. The DNA samples and fingerprints were immediately delivered to the Georgia Bureau of Investigations Crime Laboratory for analysis, and the investigation is pending the results of those tests.

“I think the police clearly have a duty to review and open cases where there are compelling facts that indicate either previous evidence examination processes may have been unreliable or undependable,” said LPD Chief Lou Dekmar. “Or we learned that there are facts that previously were not objectively reviewed and that are exculpatory. This may indicate that somebody that is been convicted of a crime was not responsible for that crime. That is the foundation of any police investigation is to find the truth.”