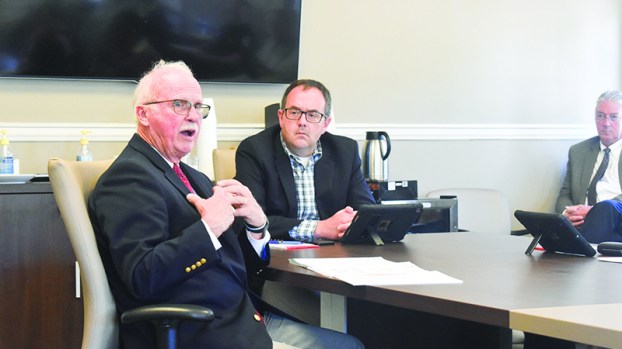 In an effort to help alleviate calls between in-crisis families for the LaGrange Police Department, the Troup County Juvenile Court has proposed a response program, called the Early Response Program, that will target families in LaGrange that may be at risk for prolonged law enforcement intervention.

ERP would essentially be an agreement between the juvenile court, LPD and trained professionals through an outside facility who would assist LPD with calls to the scene of family-related crises within the city limits of LaGrange.

“The idea is, what if we have a service that can support law enforcement in those kinds of situations, not necessarily a therapist … but someone who can come to the scene and with the help of law enforcement deescalate [the situation,]” said Judge Michael Key, who initiated the program.

Key said the idea came to be after a recent family-related case required combined 16 hours from two LPD officers.

“It was very largely [a case of] mental and behavioral-related issues,” Key said.

“I’ve known for some time that there should be a way for us to have a behavioral and mental health approach to some situations rather than a pure law enforcement approach. From my personal experience, as we’ve done trauma training with police officers, I think they do a pretty good job, but they’re by no means therapists, and they can only deal with what they can deal with.”

ERPs would be designed to provide a social and behavioral health response to identified families in crisis to support and relay a law enforcement response by calling in the trained professionals or Early Response Coordinators, Key said.

Coordinators would monitor and provide short-term preventive services to the family, including finding them affordable therapy.

The role of the coordinators, when called on scene by law enforcement, would be to assess and stabilize the situation at the scene; navigate behavioral health, mental health or any other needs the family has and monitor participation in any suggested services.

“We’re often trying to deal with issues that aren’t really police matters but are family matters that require professional intervention,” Dekmar said. “We’re kind of the default button because no one knows who else to call [because] the problem is that there is no service set up to respond to these kinds of situations, and that’s what this program would ultimately do.”

Key was invited to the LaGrange City Council meeting July 15 where he discussed the program’s potential and the ongoing issues between law enforcement and family-related incidents.

Key requested the city’s help with funding the proposed program.

According to Key’s project narrative, the funding request is made based on an estimated number of identified families served for a 12-month period.

The total grant request is $45,000, Key said, and includes the cost of any training needed by the Early Response coordinators that would not be required for their other duties, according to the project narrative.

Expected costs would include $1,500 per month for basic costs of having the coordinators on-call during off-hours, up to 99 hours per week, and $2,250 per month for them to actively work cases, according to the project narrative.

Because of the unpredictability of the volume of services needed, the service provider would need the ability to cut back on services should the actual need exceed the project need.

Key predicts that after the first year of the program, the need for services should be more predictable.

Troup County School System Superintendent Brian Shumate also spoke in favor of the program at the meeting, noting that issues that go on in the home can eventually follow a student to the school.

“Whatever happens on the streets here happens in our schools eventually,” Shumate said.

“The difference is when [the students] get 12, 13, 14, they get physical. We know what the problem is, and it starts way earlier than that.”