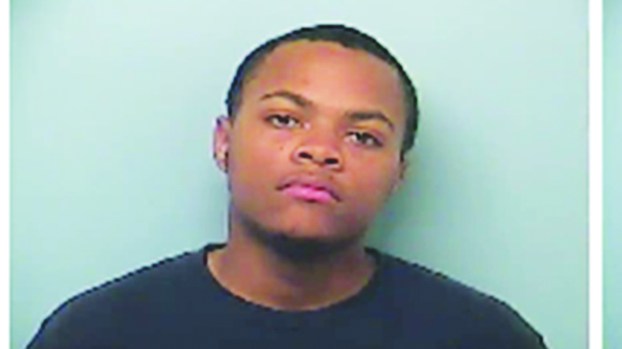 A LaGrange man has been arrested following two-car break-ins Monday morning. Officers with the LaGrange Police Department arrested 24-year-old Antaveis Sands, who was charged with two counts of entering an automobile, armed robbery, aggravated assault, possession of a firearm by a convicted felon and possession of a firearm during the commission of a crime, according to a press release from LPD.

On Monday, at approximately 5 a.m., LPD officers responded to the area of Wynnwood Drive about an entering auto in progress. Emergency 911 was still on the line with the witness who was giving a physical description of the suspect, later identified as Sands. At that time, Sands was allegedly looking into and pulling on door handles of vehicles, according to the press release.

Shortly after officers arrived in the area, Sands was found inside one of the victim’s vehicles, going through the items inside. Within walking distance of where officers were, another vehicle was found to have been entered and gone through as well.  Sands was taken into custody and charged. At the time of the automobile break-in incident, Sands was currently on felony call-in probation for entering automobiles, according to the release.

Following Monday’s arrest, LPD determined that Sands was also involved in an armed robbery that occurred at the intersection of Melrose Drive and Briarcliff Drive last week, according to the press release.

Evidence gathered during the initial investigation showed that on July 16, Sands robbed the victim in this incident at gunpoint.

During this robbery, Sands allegedly pistol-whipped the victim and stole firearms and money from them.