5 days ago by FROM STAFF REPORTS.

OUR VIEW: A proper facility for LHS athletes

On Tuesday, LaGrange High School opened its all-inclusive, state of the art facility for every sport to use. Read more

Many Georgians have heard Walter Reeves on radio, seen him on television, and have read his gardening column in the Atlanta papers but have never ... Read more

The divine blessing of friendship

Several columns ago, I wrote a story regarding the “Healing Power of a Homemade Pie.”   This little story about pie seemed to travel from ... Read more

By Jack Bernard Bernard is a retired corporate executive. “Whoever is generous to the poor lends to the Lord, and he will repay him for ... Read more 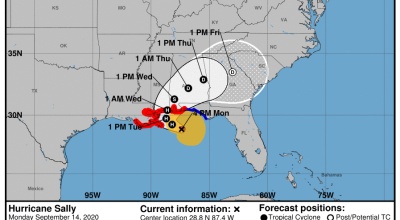 If you’re having a hard time keeping up with the number of tropical storms and hurricanes in the Atlantic Ocean right now, know that we ... Read more

The critical lesson from Versailles

Sir Winston Churchill looked Prime Minister Neville Chamberlain in the eyes in 1938, as Chamberlain and other European leaders learned of the enormous power of ... Read more

On doubt, disbelief and God

Out of the mouth of babes. If you’ve been thinking about your faith a little more than usual during this anomaly we know as 2020, ... Read more

Thank you for support of HOPE Walk

Dear Friends, Community Partners and Supporters: As September arrives, our thoughts return to pink in anticipation of the annual Paint The Town Pink and H.O.P.E ... Read more